The repertory of this ensemble consists of the new compositions by Tamara Obrovac, written purposefully for this band, in which Tamara broadens her artistic expression with the sound of the string quartet, experimenting with the border areas of jazz, classical music and different ethnic traditions of the Mediterranean. In this new project Tamara has once again given an unique musical concept, offering a great dialogue of  Transhistria ensemble and the Czech string players, which successfully transposes combination of jazz, traditional music,  and elements of classical music, to music of the modern age.

*MADIROSA: an invented word, for the author it means a Mediterranean rose, representing her personal experience of the Mediterranean as a cultural and musical universe

While we were still guessing what Tamara Obrovac was saying in her speech in Croatian at the beginning of the second Valamar Jazz Festival, there came a brief summary in English: "We are great - and now you will hear it!" ?Self-confidence of the festival's artistic director is more than justified.
With her brilliant performance in the Euphrasian Basilica in the historic old city of Pore?, inscribed on the UNESCO World Heritage list, she has presented the best of the Mediterranean; the melancholy of fado, the lightness of tarantella and the lyrics in Croatian have melted with the fury of the accordion player Fausto Beccalossi so organically that the following concert of Richard Galliano Piazzolla Forever Septet seemed nothing but perfectly boring.

Tamara Obrovac with her Transhistria ensemble and the string virtuosos of Epoque Quartet has once again given an unforgettable concert interwoven with jazz, classical music and a pronounced Mediterranean spirit... the live performance offered a great dialogue of the Czech string players and Transhistria ensemble musicians and enchanted the audience in the Euphrasian Basilica, the same way that the album Madirosa enchants its listeners.

With Tamara Obrovac, one is never bored. Classical music has thus officially entered into the world of Tamara's music in this undoubtedly most complex and most ambitious album, entitled Madirosa, from which an attentive listener will get a myriad of different amazing details. Mix Epoque String Quartet's excellent sense of dramatic with Transhistria Ensemble's subtle improvisations, add the singer with striking emotiveness and even more amazing expressiveness, and you get Madirosa: the album which demands a lot, but gives even more, and most of all shows that the creativity of Tamara Obrovac and her five-man squad has no limits. 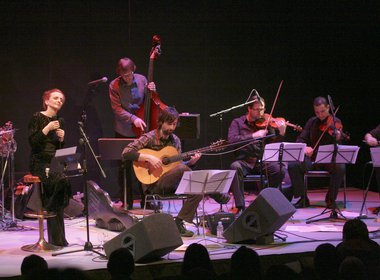 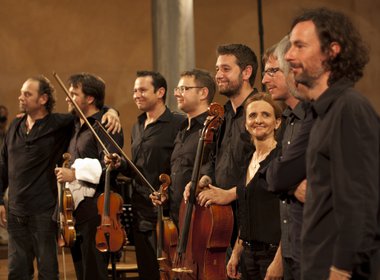 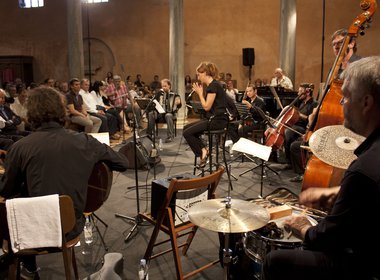