The quartet is one of Tamara’s oldest formations, with whom 20 years ago she presented a new way of thinking and composing for the first time, where she successfully connected inspiration with her homeland's local, Istrian spirit of music and dialect together with the universal jazz expression.
In 1998 the Quartet released Tamara's second album "Ulika", named after Tamara's grandmother, and since then the quartet has been preforming in an unchanged line up consisting of: Tamara Obrovac (voice, composer), Matija Dedić (piano), Krunoslav Levačić (drums) i Žiga Golob (double bass).
After some years of pause the reunion of the quartet (summer 2011) gave life to a new creativity and a different way of interpreting the compositions from  CD Ulika.

The re-found joy of making music together, expressed through virtuoso playing, unlimited freedom of expression, humour and improvisation, characteristic of all members of the quartet, gave birth to a Ulika revival project idea - to gather now mature musicians from Tamara Obrovac Quartet in order to re-interprete old composition from a new, more mature artistic prospective.

After several concerts “Ulika revival", album was recorded by Stefano Amerio in ArteSuono studio in Udine and released in 2014 for Swiss Unit records; CD has eceived excellent critiques in several relevant international jazz media, among many others from All About Jazz Jazzthetik, Jazz podium, and the band had official release tour in Zagreb Lisinski hall,  Vienna, Porgy & Bess, and Ljubljana, Cankarjev dom.
Their latest performances proved again that music of Tamara Obrovac quartet reaches further then the constricted borders of musical classification, spreading the spirit of the Mediterranean region over geografic and musical boundaries.

In the middle of November, the quartet enters the studio and records new musical material, new compositions by Tamara, the release of which is expected at the beginning of 2023, which will mark the musicians' 25 years of existence and making music together.

Here is what London jazz news noted after Jazz au Chellah concert in front of more then thousand thrilled visitors:

"She is an audience-captivating phenomenon.With her trio she brought a different kind of energy and soon had the crowd pleading for more. Obrovac has a phenomenal stylistic range and has the temerity to want to take her trio into any number of moods."

The CD "Ulika revival" got very good recensions as well, among many others from All About Jazz, Jazzthetik, Jazz podium.

"The revival is a great success, a masterly collection of strikingly affecting songs."
- All About Jazz, Bruce Lindsay

For many, Croatian singer Tamara Obrovac is still "a new voice," even though "Ulika revival" is her ninth record - and what a record it is! One of exceptionally creative and picturesque sound.?With her quartet, the Istrian singer - with 12 songs she has written herself - evokes charming and colourful sounds that blend both the dialects and melodies of Croatian music with contemporary jazz. In every single moment of listening to the record it is wonderfully evident how these different influences blend into quite exciting and playful pieces of music. Excellent!
- Jazzthetik

Tamara Obrovac is quietly and secretly grown into one of Europe's greatest ethnic jazz singers....Basically melancholic, her music simultaneously impresses with inner strength and passion that brings with it the story of the mentality of an entire region.
- Jazz Podium

"Tamara Obrovac quartet: The unique synergy of music and emotion"

Freedom and improvisation. Yesterday, the Lisinski Hall enjoyed jazz to the full. The rarely seen synergy of musical virtuosos and relaxed Tamara was completed by the whole-hearted energy they got in return from the grateful audience. To quote the second number performed at the concert, "without a word" a micro-cosmos of music and pleasure was created, which is impossible to put into words. Beautiful musical experience. As often at Tamara's concerts, "Crno zlo" ("Black Evil") threw the audience into ecstasies. ... What gives an additional quality to this song is Tamara's very own approach to jazz: through "Crno zlo", her fascinating ability of improvisation manifests itself in all its beauty, enrapturing the audience,making it laugh and thrilling it completely.
- Z. Jagodić, index.hr Thursday, February 16, 2012.

"Jazz is back! Tamara Obrovac and Matija Dedić in Grožnjan"

Their music represents the very essence of jazz... They all showed it with their virtuoso approach, full control over the instruments (and the voice) and by the ability for fast transformation into different styles. Inspired by the setting and her willing colleagues, Tamara was absolutely brilliant in stunning improvisations which included scat, vocalises and narrative approach, ranging from the archaic tradition of Istrian music, through baroque and classical music to jazz, funk and rock. Their music combines the very essence of jazz with the need to „expand the acquired knowledge", the importance to know the history and theory of music, to be familiar with different musical idioms, to have stage manners and the ability to create dynamics and communication both with the colleagues and with the audience, to take risks, to plunge into the unfamiliar and new, to elevate music onto a higher level...
- D. Hrvoj  Novi List, 02.09.2011.

"On the crossroads of genres "

Ulika is simply an extraordinary album, which defies every traditional critical meter; a fascinating project of an exquisite musical journey, carried out with unhibited musical imagination and the luxurious talent of Tamara and her band.
- Zlatko Gall, Split, Feral tribune, August 1998. 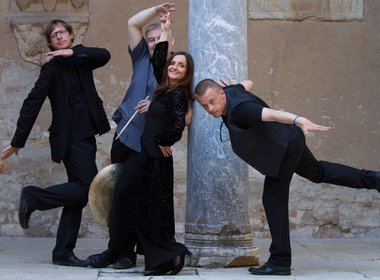 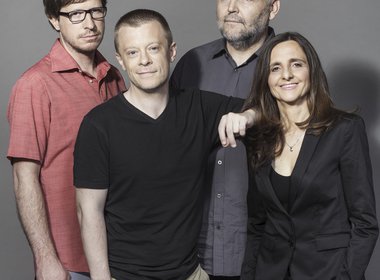 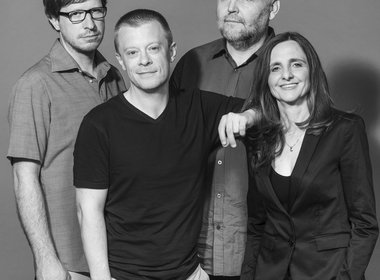 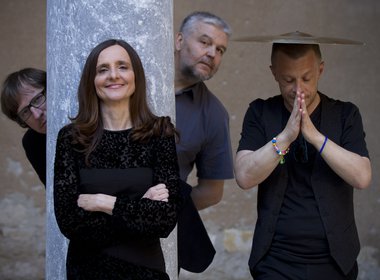