The new album, ( Neću više jazz kantati / I won't sing any more )-the new sound of Tamara Obrovac and her Transhistria Electric Ensemble... we are plugged in now...

Transhistria Electric is the new project of Tamara Obrovac, in which her Transhistria Ensemble is supported by the wind section and the acoustic instruments are plugged in, as the very name suggests.
The music of this eight-member ensemble brings challenging and energetic performances, based on the combination of acoustic and electric instruments, and funk and soul music and the Istrian folk music tradition, and their repertory consists mainly of Tamara's new compositions, together with several old numbers adjusted to the new sound.

Neću više jazz kantati”/ "I won't sing jazz any more" is what it is – by far the best album in the whole music career of Tamara Obrovac – primarily because of the great material in which it is difficult to say what is better: the new compositions of the Istrian diva or the superb, fully thought out versions of her older works.
If you add to that a more open, more pronounced poetic engagement than ever and the booklet with all the texts in Croatian and English, the conclusion begs to be made: Transhistria Electric and the Iron Istrian Lady have made the album of the year, probably of the five years, after which the band leader may not sing jazz any longer – but don't worry: you should hear how she sings funk!

Tamara and the electric Transhistria sounded unbelievable; the remarkable, powerful sound filled every cubic millimeter of the hall... they moved from reggae to funk, from blues and jazz to rock, and before we knew it, Transhistria already wandered into psychedelic howling and mocking a capella experiments, with brilliant instrumental improvisations. Fabulous. No need to say that the concert was immensely amusing. In all that mixture of laughter and excellent music, I caught myself rummaging through my memory, trying to remember if I had ever been to such a crazy concert. Those who missed it should really be sorry. Tamara Obrovac and Transhistria Electric delighted us all with their ninety minutes of music." 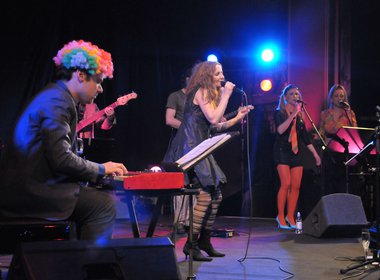 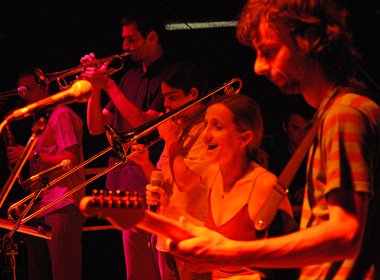 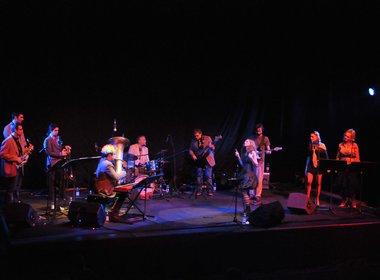 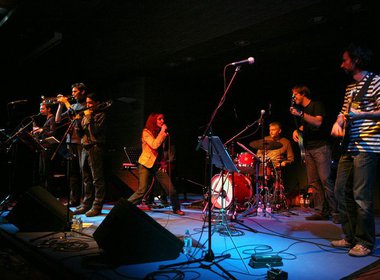