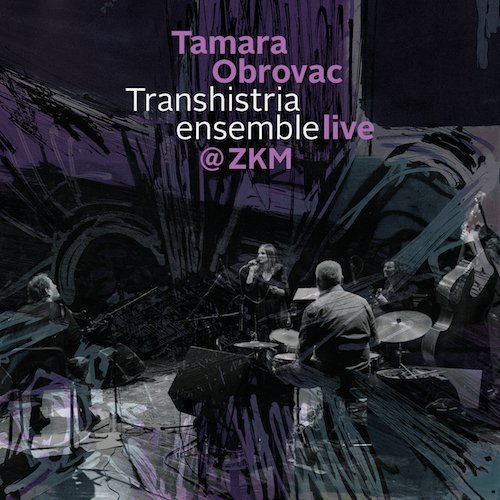 If you have ever been at a Tamara Obrovac’s concert, you have seen for yourself the incredible freedom, spontaneity and inventiveness that characterize live performances of this artist with her various accompanying bands, all composed of top musicians; but although she has published 10 studio CDs, she hasn’t released a live album yet.
"Live @ ZKM" is the first live album in Tamara's career.

The filigree mandala of the music of Tamara Obrovac / CD text

With a brilliant concert at the Zagreb Youth Theatre, Tamara Obrovac marked twenty years of her recording career. The concert, which was recorded on November 26, 2016 and is now being released as a live album by Cantus, caused a great deal of public interest, the hall was sold out and the organizer was pleased to set up additional seats. The audience truly enjoyed this extraordinary music event, proven by a standing ovation after each performance, soloist improvisation and numerous spontaneous performances of the musicians.

The concert was a retrospect of Tamara’s work in which she, together with her Transhistria ensemble, presented songs from earlier periods of her career, although most were from her latest, tenth, album ‘’Canto Amoroso’’, published by the Austrian label Alessa Records. Everything else was new.

We cannot characterize the performance as something already familiar because, as  with all of Tamara’s concerts,  this performance was unique as if it were a completely new project. Although the program featured her well-known songs, the recognizability of themes  was not questionable - they were transformed at the Zagreb concert not only in terms of improvisation, but also tempo, dynamics, form... Unconventional and unrepeatable!

"In front of a sold-out crowd, the Croatian singer and composer performed a concert recorded as live@ZKM. The two-disc set features 11 of Obrovac's compositions, written alone and in collaborations, taken from her back-catalog of nine albums, all performed with passion and style by the singer and her fellow musicians.
This is an album characterized by passion from all of the players, but especially Obrovac. Even run-of-the-mill songs would sound convincing and evocative in the hands of the Transhistria Ensemble. The combination of top-class performers and Obravac's superb compositions, along with excellent sound quality, ensures that live@ZKM is an exceptional live album."  All About Jazz / Bruce Lindsay, (GB) February 2019.

"Transhistria Ensemble already has a long-standing history consolidated through the meeting of the personalities of these musicians of relevance, who are able to put their individual characteristics at the service of the collective result. A situation that allows, on one hand, the composer to refine her writing and, on the other, the interpretative freedom to the singer. The concert recorded on the CD offers a clear testimony of the ensemble’s journey completed so far: the atmospheres are intense without being frantic, the happy mixture of timbres always puts the melody in central position and the narrative approach always puts emotion at the core, putting aside any sterile virtuosity. A quintet capable of a firm balance and, above all, capable of reminiscing the contemporary listener of the ancient purpose of the song: the sharing of stories and states of mind."  Jazz Convention / Fabio Ciminiera (IT)

"This is not an Jazz cliche, this is the Mediterranean on acid.
.... an anthology live album. The performance was completely cleansed of unnecessary solos and turned into a shared musical adventure on uncharted terrain." Express / Ilko Čulić

“From the first to the last tune, I was proud to be a firsthand witness to this amazing jazz story, which has in the last couple of years become not just Croatian, but European phenomenon…“ Terapija.net

“A truly magical evening with Tamara Obrovac and her Transhistria ensemble. This concert was a burst of emotions and unique musical energy...” Fama.hr

“The concert was very emotional, not just for Tamara Obrovac, but for the audience as well. Tamara is living music, and every moment of this concert was a proof to that fact.. The pleasure was mutual… At the same time, this was a treat for all lovers of brilliant, inspired performances of top musicians and excellent , authentic auteur, music. Tamara Obrovac is our cultural treasure, and I hope she will continue to share her inexhaustible repository of inspiration, talent and knowledge with us for a long time.” Ziher.hr / Tim Hrvaćanin

“Tamara’s almost telepathic connection with her band of international musicians has made this concert practically a surreal experience, in which the metaphysical strength of common creation was felt in every song…” Ravno do dna / Dragana Glivetić

“All the musicians gave it everything they got, without sparing, and the thunderous applause reserved only for the best of the best was their reward for two hours of a remarkably interesting spirit of Istrian folk music performed in the best jazz tradition. This concert was amazing for both the unique style and brilliant singing and playing, and the communication between the musicians who perfectly understand and complement each other.” Soundguardian / M. Trstenjak

“Tamara is a remarkable and complete musician who has not only found her own, recognizable path, but is also paving the way for other musicians, and what is most important, always attracting a packed house of grateful audience.” - Cantus, S. Drach