On Friday, the 13th of October 2017, the ballet performance Apoxyomenos premiered at the Croatian National Theatre, choreographed by Claudio Bernard, for which Tamara composed the music.

The performance in which the sea sets the poetic and speculative space, the Brazilian-Belgian choreographer Claudio Bernardo is searching for answers that Apoxyomenos’ mute mouth can’t give replies to, diving deep into his artistic imagination. With movement and voice, it will be filled with the ballet ensemble preforming to the music of Tamara Obrovac that touches all parts of the Mediterranean with her melos, together with fragments of Euripides’ The Trojan Women, that was selected and dramaturgically edited by Lada Kaštelan, thus giving the story and the whole ballet contemplation, drama and curiousness.

The co-producer of the project is Belgian art association As Palavras – Cie Claudio Bernardo.

A previously unseen experience is also brought by the dancers that are preforming five vocal compositions in ancient Greek, which regardless of their musicality and discipline, surely wasn’t an easy task to achieve.

The ballet ensemble of Zagreb’s National Theatre triumphed in the evening of Friday 13th of October in the premiere of the poetic, spiritual and multiple layered ballet performance Apoxyomenos choreographed by Brazilian-Belgian choreographer Claudio Bernard, whose strong spiritual framework and impulse was given by the magnificent music of Tamara Obrovac… 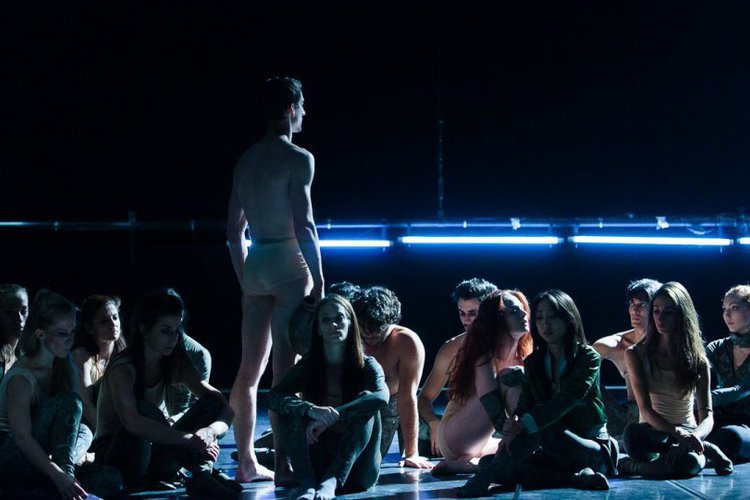