MUSIC FOR THE MOVIE "ONCE WERE HUMANS"

Leo is an Italian who lives in Slovenia. Vučko is a Bosnian who arrived in Slovenia as a child refugee. Leo continues to stay in Slovenia because of his ex-wife Tanja and his son Luka, hoping that they can become a family again. When the bank refuses to grant a loan Leo and Vučko would need to renovate their restaurant, they have no choice but to accept an offer from Gianni, a swindler. They are tasked with stealing Gianni’s truck so that he can collect the insurance money. However, instead of stealing Gianni’s truck, Leo and Vučko mistakenly steal a truck full of refugees. Vučko the refugee and Leo the migrant themselves thus inadvertently become responsible for destinies of people similarly unfortunate as they had once been.
The film is finished in early 2020, and is waiting for the situation to normalize to be presented to the audience.

It's always a great pleasure for me to work with Goran, we were looking for for a simple musical theme that would paint the path of two friends, which we could vary depending on the situations in wich they find themselfs.
I believe we have suceeded. 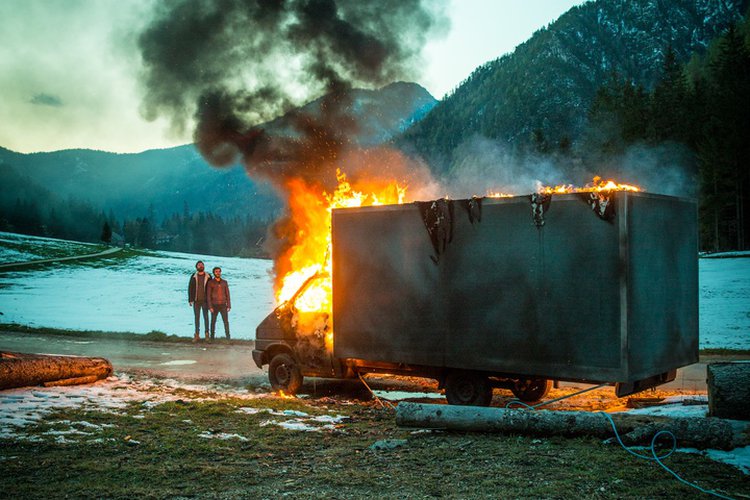