With the release of CD ULIKA (named after Tamara's grandmother), in 1998, Tamara Obrovac Quartet presented for the first time Tamara's new way of thinking and composing which combines inspiration by the local Istrian music and dialect with the universal jazz expression.
The reunion of the quartet (summer 2011) gave life to a new creativity and a different way of interpreting old compositions.

The re-found joy of making music together, expressed through virtuoso playing, unlimited freedom of expression, humour and improvisation, characteristic of all members of the quartet, definitely confirmed their desire for a new (old) collaboration, and their latest performances proved again that music of Tamara Obrovac quartet reaches further then the constricted borders of musical classification, spreading the spirit of the Mediterranean region over geografic and musical boundaries.

Edition is supported by Croatian Composers society, Tamara has won on "International" competition 2014. Thank you

With sensitivity, passion and humor the Croatian singer and composer Tamara Obrovac has positioned her homeland Istria on the world map of improvised music. Tamara Obrovac finds clear and completely natural ways to combine the dialects and the melodic phrases of her native Istria with contemporary European jazz played at the very highest level. With a sound reminiscent of the nobility and sensitivity of the Bill Evans Trio, and with bold interaction and congenial originality, on her journey through different types and levels of human emotion, the singer is accompanied by pianist Matija Dedić, bassist Žiga Golob and drummer Krunoslav Levačić. Sometimes the Istrian sun scorches, sometimes wine matures, sometimes madness threatens. But this inspired and virtuosic singer superbly balances poetic and archaic folk expression with her beautifully crafted music, equally recognizing the significance of both intellect and emotion. With her album "Ulika revival" dedicated to her grandmother Ulika Tamara Obrovac has placed her native Istria indelibly on the musical map of the world. Self-conscious, humorous, passionate.
Welcome to the new, old land of infinite possibilities.


My starting point was jazz. It fascinated me with its freedom, its communicativeness. As I searched for an identifiable artistic expression of my own, I discovered the richness and the primordial power of my Istrian heritage, I have come to understand the value of my mother tongue, my tradition and my homeland. These have all played a huge role in the creation of my personal and musical identity.

The compositions on the CD "Ulika" (1998), which I dedicated to my grandmother Ulika, were my first excursion into the sonority of Istrian dialects and folk music, fused with the structures of contemporary jazz. This coalescence of Istrian polyphony with the spirit of freedom and improvisation so characteristic of jazz, got its final shape in the inspired performances of my brilliant musicians. My roots and the spirit and traditions of my Istrian homeland, which my grandmother so lovingly passed on to me, have thus become my inner truth, while jazz has remained to be my freedom.Ever since, my own dialectal and musical heritage has been the starting point of many of my musical researches, projects and bands.

My father, Ulika's son Ivan Obrovac, the painter whose paintings adorn the cover of this album, has taught me morality and freedom in both life and in art. The reunion of the Tamara Obrovac quartet after fifteen years has inspired a new creativity in all of us. This new "Ulika revival" album presents new renditions of the compositions which we previously recorded on "Ulika"

All About Jazz album review (USA)

"The revival is a great success, a masterly collection of strikingly affecting songs. Obrovac sings in an Istrian dialect, with a style that draws on Istrian folk heritage as well as on contemporary jazz: the result is a powerfully emotive vocal that draws the listener in to the moods and images of the songs whether or not they share Obrovac's understanding of the words (helpfully, an English translation is provided in the liner notes)."

"For many, Croatian singer Tamara Obrovac is still "a new voice," even though "Ulika revival" is her ninth record - and what a record it is! One of exceptionally creative and picturesque sound. With her quartet, the Istrian singer - with 12 songs she has written herself - evokes charming and colourful sounds that blend both the dialects and melodies of Croatian music with contemporary jazz. In every single moment of listening to the record it is wonderfully evident how these different influences blend into quite exciting and playful pieces of music. Excellent!"

"Tamara Obrovac is quietly and secretly grown into one of Europe's greatest ethnic jazz singers and stands at par with for example Savine Yannatou or Elina Duni. Basically melancholic, her music simultaneously impresses with inner strength and passion that brings with it the story of the mentality of an entire region."

On light-footed rhythmic base carried by Ziga Golob on bass and Kruno Levačić on drums, Obrovac can impressively demonstrate her interpretations conveyed by warm colors of Istrian tongue.Her text interpretations and eloquent singing blend with her very specific jazz-scat in native idiom through her own concept of storytelling and intense recollection of personal experiences which touches the hearts of her listeners - one successful revival that even after fifteen years can convey timeless "spirit" of these works. tHo,

"Obrovac brings a tremendous sense of improvisation and rhythmic tension, and her album is among the best in the so-called Euro-Jazz."

"Exotic from the heart of Europe In her compositions, jazz singer and flutist Tamara Obrovac connects exotic, seemingly unrelated musical forms and rhythms of Istria - an intangible cultural heritage according to UNESCO. Her balladesque chamber jazz gains with it a Mediterranean vitality, a dash of the Orient, and at times it even starts dancing. Tamara Obrovac has dedicated her ninth album to her grandmother, Ulika - and has enriched the live European World-jazz movement with an additional musical contribution. 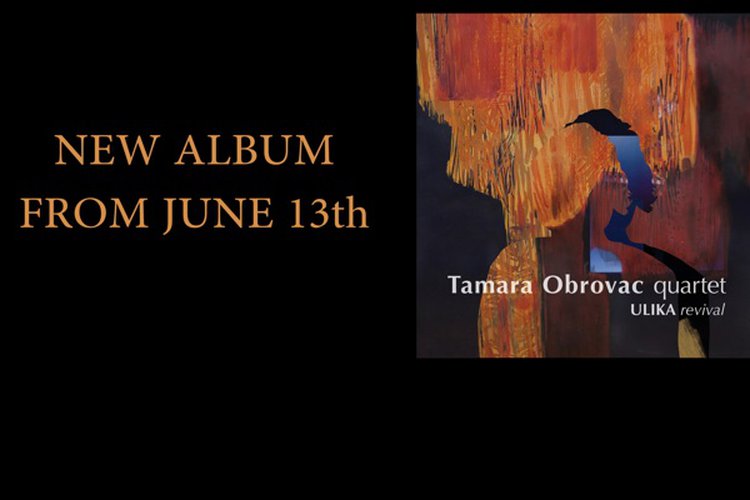