The fourth and last concert from the livestream series of duets was held on 13.06. from a fantastic location by the sea.

We wish to thank all of you who watched the concerts and supported our efforts to bring the experience of watching online concerts to a new level, both visually - by choosing the attractive locations where the concerts were held, and musically, by proposing a new concept – the deconstruction of the Transhistria ensemble into 4 duets of Tamara Obrovac with each member of the band.

We had a great feedback, we received a lot of enthusiastic messages from Croatia and abroad and we are especially pleased with the number of views on Tamara’s FB and Youtube channel; a duet with Fausto Beccalossi on accordion held on 31.10.2020 in front of the beautiful Church of St. Rocco in Draguć, a small and charming Istrian village, which so far had more than 13000 views, a duet with Žiga Golob on double bass, streamed 07.03.2021 from the picturesque Renaissance square in Svetvinčenat with over 8000 views, the duet with Krunoslav Levačić on 24.04.2021 in front of the beautiful medieval fortress Possert has about 7000 views while the last duet held on the Sipar Archeaological site by the sea has around 7000 views so far.

This fourth and last duet from the series, the duet of Tamara and Uroš Rakovec on guitar and mandola, was held in another beautiful location in Istria, by the sea this time, on Sipar Archaeological site with the already established concept of a 45-minute performance (with no intermission) in which the two musicians combined Tamara’s compositions and their free improvisations, inspired by the, this time truly spectacular concert location.

“Uroš has been a member of the Transhistria ensemble since 2002, his completely original, genre-free way of playing and the filigree-like harmonic-melodic structures that he creates on guitar and mandolin perfectly complement my voice. The almost telepathic understanding we have always opens new worlds for us, especially in improvisations, to which I look forward the most. A concert by the sea at sunset with a guitar and a voice, it was a truly wonderful end to the duet series of live stream concerts”, says Tamara.

As the source of Tamara’s musical expression, Istria abounds in such small gems, which we combined with music and visuals, hoping that this beauty has brightened up these gloomy times at least a little.

The MedVid Production crew, responsible for these truly great recordings was with us again.

Thanks for supporting us, sharing the links to the livestream concert and of course, for watching the online concert itself on Sunday 13.06.2021 at 19:45.
If you miss the live broadcast, the links on FB and Youtube will remain active for some time.

Thank you all, these pandemic times seem to be finally coming to an end, slowly we are starting to book dates and hold concerts again, I will be glad to see you “live” again soon. 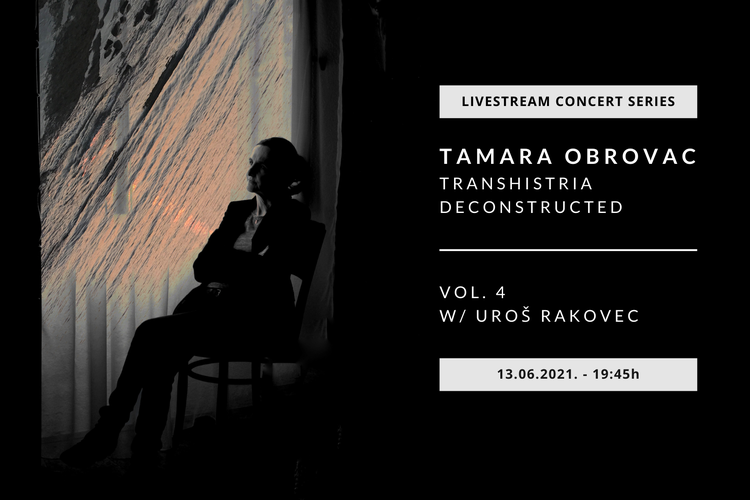