A musical performance in which members of the Transhistria quartet  perform a selection of parts of Tamara's compositions, which they connect by improvisations to projections of segments of Ivan's paintings that take place in real time. Ivan's abstract and complex painting manuscript allows segmentation of works for video and multimedia, and thus corresponds with the composer's manuscript of Tamara Obrovac and the performance of her Transhistria quartet in which improvisation as a significant element of expression in this project is focused on the visual element.

For Ivan Obrovac does not paint what is visible, but uses the procedure of painting, which here is the touch encounter between matters embodied in the appearance of translucent colour fields and incising graphisms, to suggest the imperceptible yet paradoxically fundamental medium existing beyond the visible. This fundamental medium is nothing else but time, perceivable only through the fact of corporal mortality.

From the foreword to the catalog of the Ivan Obrovac's exhibition, "Pantoscopies" Lauba, Zagreb, February 2019, curator Leonida Kovač

As a musician, I owe the spirit of freedom of expression to my father, who taught me Morality and Freedom and their interdependence through play, to my father, who unreservedly supported my inclinations towards music, as one of the most important determinants of my compositional and performance habitus.
Tamara Obrovac

Ivan Obrovac was born in 1937 in Smoljanci (Istria, Croatia). He graduated at the Academy of Fine Arts in Zagreb in 1969 in the class of professor Albert Kinert, obtaining a major in painting.
He is one of the most important contemporary painters of the Istrian peninsula, and except for printmaking, painting and sculpture, he left a significant mark in his pedagogical work. As a pioneer in art pedagogy, he indebted the Istrian peninsula with his tireless and dedicated work in Pula schools where he taught and accompanied generations of students, especially as the originator and founder of the Pula School of Applied Arts and Design, where he taught generations of sculptors and designers, thus enriched the cultural scene of Istria.
He was awarded many public and professional recognitions for his work; Order Danica Hrvatska for contribution in the eld of education and nine professional art awards and recognitions in Croatia and abroad.
In addition to his dedication to pedagogical work, and his technological and theoretical research in the field of fine arts, he exhibited at more than forty group and fifteen solo exhibitions in the country (Ex-Tempore, Ars Histriae, Pulski salon, galleries throughout Istria and Croatia) and around the world (Paris, Crans -Montana, Novi Sad, New York).
He lived and worked in Pula and Smoljanci, and passed away on May 31, 2019.,
The exhibition in Lauba on February 7, 2019. entitled "Pantoscopies”, at which the Obrovac2 project was presented for the first time as part of the opening, was his first and last exhibition in Zagreb. 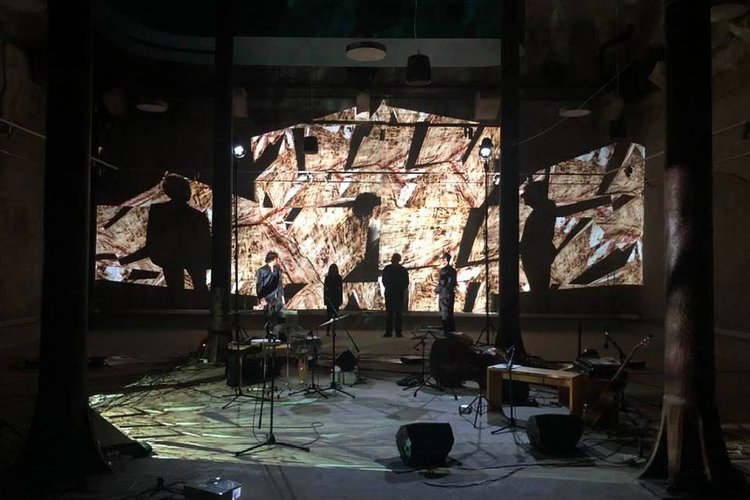