So that the concert activity would not completely die out in these strange and uncertain times, we have prepared a series of live stream concerts.

With this project we tried to bring the experience of watching online concerts to a new level, both visually - by choosing the locations where the concerts will be held, and musically, by proposing a new concept – the deconstruction of the Transhistria ensemble into 4 duets of Tamara Obrovac with each member of the band.

The form of the duet will create a new musical approach, a new way of performing of Tamara’s compositions, and will set the stage for new “worlds” of improvisation, immanent to all of the musicians of the Transhistria ensemble.
The concerts will take the form of a 45-minute performance in which the musicians will combine Tamara’s compositions and their free improvisations, inspired by the concerts’ locations.

We will not reveal the locations in advance, we will only mention that they have been carefully chosen, beautiful, but less known. As the source of Tamara’s musical expression Istria abounds in such small gems, which we would like to combine with music and visuals, hoping that this beauty will brighten up these gloomy times at least a little.

The first The first of four concerts was a duet with Fausto Beccalossi on accordion, held on Saturday 31.10.2020 at 16:00 h in front of the beautiful church of St. Rok in Draguč, Istria.
The concert had more then 12000 wiews on Tamara's Facebook and Youtube channel.

“Thanks to all of you and I hope to see you soon in full halls, in direct contact where we may exchange love through music as we have always done. Until then, take care of yourself and others.” 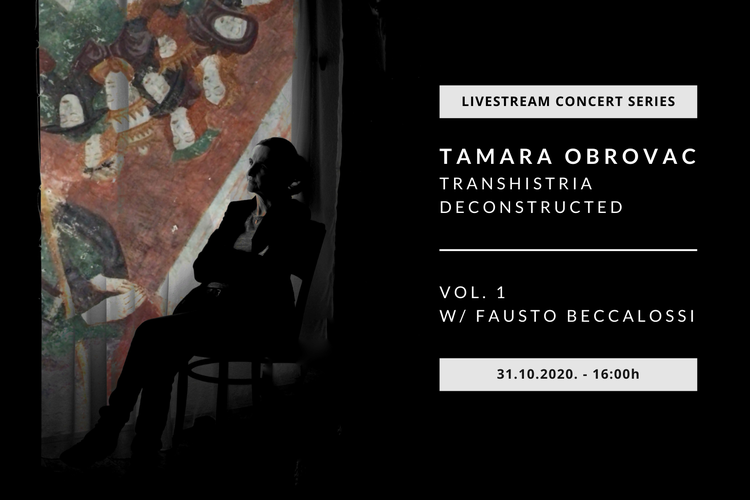