TAMARA WAS A GUEST MUSICIAN ON TRT TÜRK

Tamara as a guest musician on TV show "Müzigin Diliyle" ("With The Language Of Music") at TRT TÜRK (Turkish National Radio Television), in Istanbul...

The mission of the TV show is to prove the audience that every frame, every moment from our life can be interpreted through the language of music.

The concept is very interesting – each episode features new guest musicians who improvise LIVE by looking at simple images, running on a large LED screen on a previously determined theme.
The artist first begins playing solo and then they go on playing together with Zeki Caglar Namli's group.I got the task to improvise on the plain colours...and then we played together with Uroš Rakovec, my guitar player few of my songs, check video for "Alone without you" 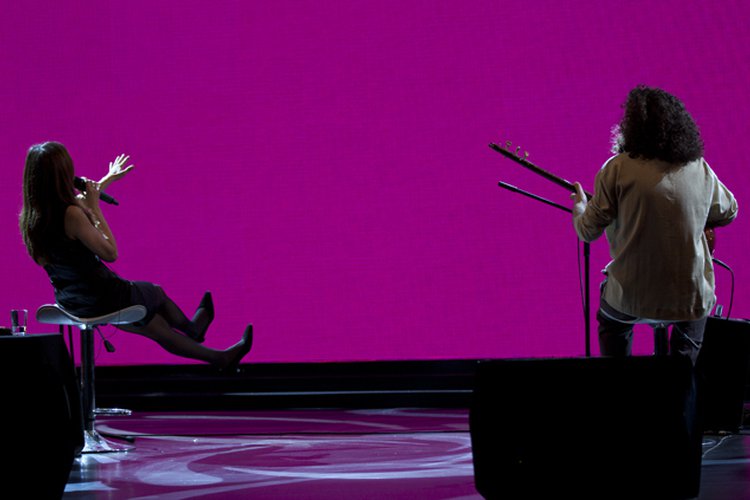