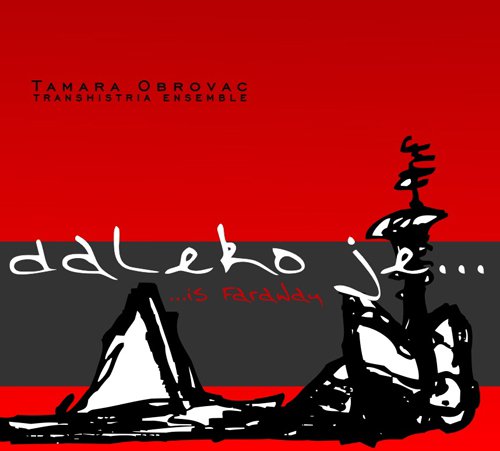 Written by: All songs written by Tamara Obrovac except lyrics on tracks 01. and 13. by Anja Gasparini, 06. , 12. by Loredana Bogliun, and 07. by Daniel Načinović.
Recorded mixed and mastered at: Artesuono studio, Udine, Italia, Stefano Amerio, except no1. recorded at Croatian national TV, by Luka Rojc.

With the music on her new album, Tamara Obrovac, more than ever before, shows her authoring and interpretative maturity. Occupied by the form, musical aesthetic, deepening her exceptional approach inspired by Istrian musical heritage, she is also influenced by the musical traditions broth by the musicians with whom she constantly develops her songs. She succeeded to accomplish collectiveness and almost telepathic communication with the members of her ensemble, which is, along with her authoring ideas, the key to the success.

Contrary to her beliefs about concert album recording, where a perfection and ideal proportion of interpretation and concert atmosphere needs to be accomplished, I believe she has enough material for a CD that would display Transhistria in the real light, with exciting interactions, spontaneous improvisations and persuasiveness seldom heard on albums of other European musicians.